The former NFL star explained on his morning chat show 'Live with Kelly and Michael,' how he landed a role in Channing Tatum's male stripper flick 'Magic Mike XXL.'

The former NFL star-turned daytime TV co-host Michael Strahan is now set to embark on becoming a male stripper! The 42 year-old star recently announced that he has landed a role in the highly anticipated sequel 'Magic Mike XXL,' which came about from a "joke." 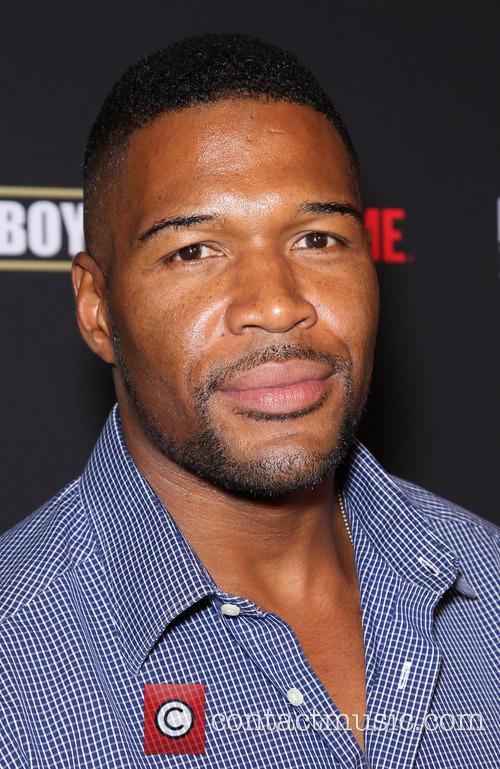 On Monday (Sept 29th), Strahan spoke of the upcoming role on his morning chat show 'Live with Kelly and Michael,' in which he admitted to getting based from a strip tease he performed only two years earlier.

"I'm about to do something that started as a joke here on the show, when I was just here as a co-host one day and we had a guest here who did a movie, and I decided to re-enact some of his movie," Strahan said. "So then he kept messing around with me."

The former American football player is referring to 2012 when Channing Tatum appeared on 'Live with Kelly and Michael' to promote 'Magic Mike,' Strahan ripped off his own pants and started dancing in the studio. His moves must have impressed the 34 year-old hunk as he "wrote me into the next" sequel, Strahan added, but claimed that the 2012 tease "was an absolute joke, and I can dance much better than that."

More: Did Michael Strahan's Engagement End After He Was Caught Cheating On Nicole Murphy?

The former New York Giants player will be starring alongside a male cast that includes Matt Bomer, Joe Manganiello, Kevin Nash and Tatum, who also co-wrote the film along with Reid Carolin. Hollywood actresses Elizabeth Banks, Amber Heard, Andie MacDowell and Jada Pinkett Smith are also set out star in 'XXL,' which will be released July 1st, 2015.