The former NFL star was has allegedly been dating another woman.

Late last week it was reported that Michael Strahan and Nicole Murphy decided to call it quits on their five-year engagement due to issues with "distance" and "work schedules," but the real reason may have been the former NFL star's infidelity. 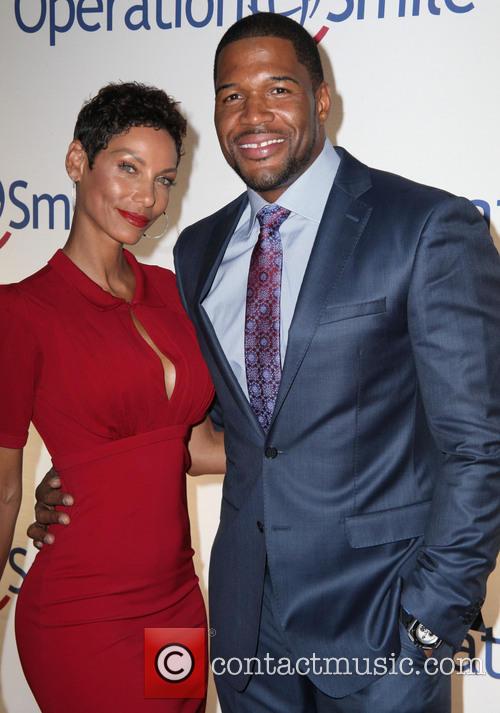 The celebrity couple, who have been dating for seven years, reportedly separated after Murphy found "proof" of Strahan being unfaithful early last month, he has been accused of dating another woman, according to TMZ.

Last week must have been emotional for the former New York Giants player as his relationship ended only one day before being inducted into the NFL Hall of Fame, class of 2014. But Murphy did not plan this out of revenge, allegedly it was just a coincidence.

More: Michael Strahan: From the NFL To 'Good Morning America'

Another source told the gossip site that their relationship has been on and off for the past 2 years, ever since Strahan landed a permanent co-hosting position on 'Live with Kelly and Michael' and 'Good Morning America' in New York. Murphy has been living in Los Angeles all this time due to work commitments.

They love each other very much, but with the distance and work schedule it has been hard to maintain the relationship," a rep for Strahan told People Magazine.

Neither person has yet to issue any comment on these cheating allegations.