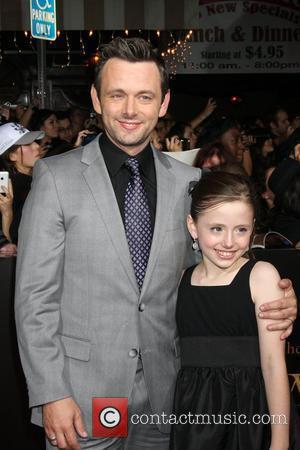 Michael Sheen isn't surprised he's found fame playing well-known public figures - because his dad is a Jack Nicholson lookalike.
The Welsh actor has been transformed into Tony Blair to play the former U.K. prime minister in three films, as well as portraying journalist David Frost and football manager Brian Clough onscreen.
And Sheen admits he may have inherited his chameleon-like skills from dad Meyrick, who is regularly booked as Academy Award-winning actor Nicholson.
He says, "In America, people think that I'm a Tony Blair lookalike. I don't do work as a Tony Blair lookalike although I do have a lookalike in my family - my dad is a Jack Nicholson lookalike. He's a lookalike - not impersonator, there is a difference. He's a genetic freak, not a talented actor!"
Sheen's dad isn't the only relative in the star's family tree with an unusual occupation - his late great-grandmother worked in the circus and his great-grandfather was a miner-turned-street preacher.
He explains, "She was the first elephant and lion tamer in Barnum & Bailey's circus. God bless her - she was talented but she wasn't a looker! She had her left breast mauled off by a lion and the claw of that lion is on a chain somewhere in our family. My great-grandfather was a bit of a waster (drunk) in the town, in Port Talbot (Wales), and the story goes that he was lying in the gutter one night and God spoke to him and said you must mend your ways, save up money and buy the disused tin mine in the mountain. From that moment on, he never touched another drink and he saved up his money - everyone thought he was mad because there was no tin left in the mine. But they discovered a new vein of tin and he became the richest man in Port Talbot and became a street preacher from then on."