Michael Sheen has only met former British Prime Minister Tony Blair once, despite playing him on three separate occasions. 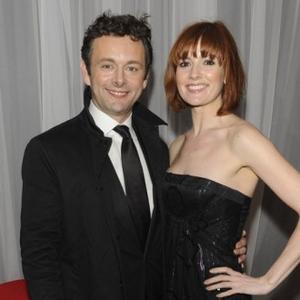 Michael Sheen has only met Tony Blair once.

Despite portraying the former British Prime Minister in 'The Deal', 'The Queen' and new movie 'The Special Relationship', the actor has only had the opportunity to spend time with him on one occasion.

He said: "I've met him once. I met him last year and that was interesting - meeting someone who I've spent so much time watching on screen and reading about.

"It was good to get a sense of him in a room, how he moves around a room. Just a vibe you get off someone is so completely different to seeing them on screen."

The dramatisation tells the tale of relations between Tony and Bill from 1994 until 1998.

'The Special Relationship' - directed by Richard Loncraine - is released in the US on May 29.