Michael Sheen To Propose To Rachel

Michael Sheen is set to propose to Rachel McAdams and the couple intend to wed in Paris, France. 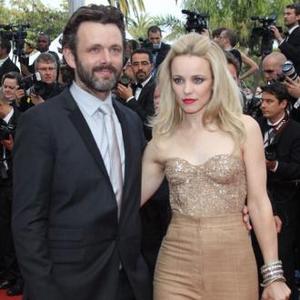 Michael Sheen is set to propose to Rachel McAdams.

The 'Jesus Henry Christ' actor has been dating the 'Notebook' actress for two years and sources say he is now ready to pop the question.

One told HollywoodLife.com: ''Michael is planning on proposing to Rachel very soon. They both want to take their relationship to the next level. They are madly in love and want to start a family together.''

Friends say the couple want to get married in France as it's the country where they first got together while shooting 'Midnight in Paris'.

The source added: ''They met while filming 'Midnight in Paris' and that's where they want to get married.''

Rachel has previously said she has always wanted to get married and have children as she thinks it is one of the most ''romantic and strong'' gestures a person can make.

She said: ''[Getting married and having children] is something I've always wanted.

''A friend just got married to a guy she'd known for six years and had been living with for a long time. She was such a ball of nerves!

''She loves the guy and at first I was thinking, 'Isn't this part just the formality?' Then I realised there's a big difference between whispering sweet nothings when it's just the two of you and getting up and making the promise in front of all the people you love, who will be in your life for the rest of your life. I think that to make a public vow is a really romantic and strong gesture.''

Rachel was previously engaged to Ryan Gosling while Michael has a 13-year-old daughter, Lily, with former girlfriend Kate Beckinsale.