Actor Michael Sheen Fears He Will Be Handed A Thrashing During His 2016 Charity Fundraiser Soccer Aid If Star Coach Jose Mourinho Pulls Out. 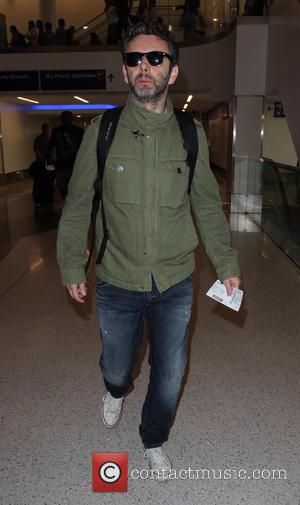 Welshman Michael captains the Rest of the World side at the biennial event, in which overseas celebrities take on a team of English stars in a game of soccer.

He took the trophy at the last match in 2014 with a 4-2 win, a victory he credited in a large part to Portuguese professional coach Jose, who trained the squad.

However, Jose is reportedly teetering on the brink in his job at English Premier League club Chelsea after a disastrous start to the season, and Michael fears he will be unavailable for the 2016 Soccer Aid if he is sacked.

During an interview on U.K. TV show This Morning, Michael was reminded that Jose was the Rest of the World team's coach in 2014 and laughed as he replied, "He was. We're hoping he'll still be our manager!"

After a discussion about the "problems" the coach has at Chelsea, Michael joked that he has been offering Jose some advice, saying, "We're in constant contact - a lot of advice going both ways!"