The 'Masters of Sex' is already one of the best reviewed TV shows of this year.

Television may as well not be called the small screen anymore because the vast quality of programming in recent years arguably outshining the big screen, as characters and unveiling plot lines seem to be leading the way.

Sheen and Caplan as Dr William Masters and Virginia Johnson

This year alone Hollywood A-listers have returned for a recurring television role as Michael J. Fox has recently starred in NBC's 'The Michael J. Fox Show', Robin Williams landed the lead role in CBS's 'The Crazy Ones' and movie heavyweight Robert De Niro recently signed on to star in HBO's 'Criminal Justice'.

The calibre of programming that has graced our screen this year are shows such as 'Breaking Bad', 'Mad Men', but as these come to a climatic end, so what will replace them?

The new show on the block is a 1950s period drama called 'The Masters of Sex' that depicts the lives of two pioneering sex researchers, Dr. William Master and Virginia Johnson, who will be played by Michael Sheen (Twilight) and Lizzy Caplan (Mean Girls).

The sexuality based show has already received unanimously promising reviews;

The Wrap thought the sex themed drama was "Stylish and seductive, with a lot of pleasurable dramatic foreplay."

"It's a handsome thing, another well-dressed romp through the American mid-century, when things (we imagine) were simpler and (so we like to think) less sophisticated, but also more exciting", added The Los Angeles Time.

"Masters," more than most shows, would benefit from viewers' absorbing it in great big batches.This drama may take a little while to seduce you, but it's worth the wait" wrote The Huffington Post.

Watch 'The Masters Of Sex' trailer

Michael Sheen recently spoke to Slate about if he felt comfortable shooting a programme with sexual scenes and frequent nudity, "It's just a matter of immersing yourself in that world. We're talking about sexuality and sex all the time. On set, off set. So eventually you just get used to it".

His co-star Lizzy also recently spoke to E!News, discussing fi she learned anything new about sex during the making of the series, "I knew everything about sex before I signed on," she jokes. "That's why I got the part."

However she did feel the pressure for this role as she says "I feel a real responsibility to do a good job, especially since Virginia just passed away recently...I feel like a lot of people aren't aware of who they are even though they were ground-breaking and influence everything that we do in the modern world."

'Masters of Sex' premieres on Sunday 29th September at 10pm on Showtime. 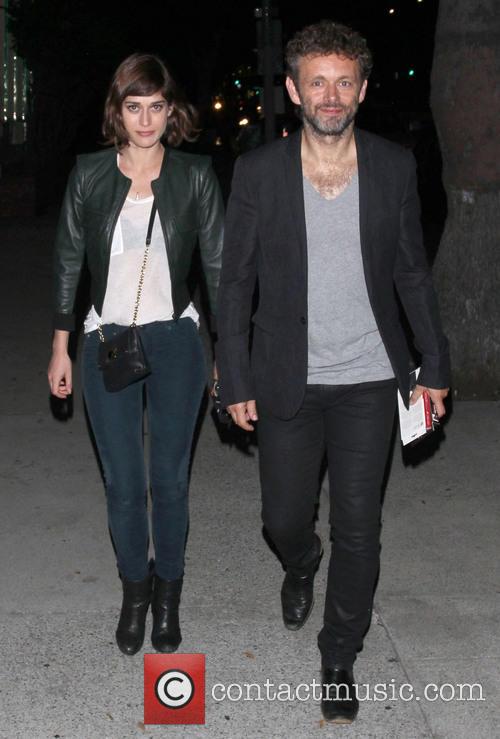