The Great British Bake Off has amassed a strong cast for its celebrity edition.

Michael Sheen, the acclaimed Welsh actor who has played Tony Blair, David Frost and Brian Clough on screen, is to take on an entirely new challenge in aid of Comic Relief. The 45-year-old is to join the likes of Dame Edna Everage and Joanna Lumley for a celebrity version of The Great British Bake Off. More: The Great British Bake-Off: the case of a baked alaska sabotage

Beginning on February 11, the series takes place over four weeks and sees the 16 celebrities baking for judges Mary Berry and Paul Hollywood.

Berry said it had been "great fun" filming the series.

"Although there were some baking catastrophes, some surprising hidden skills were revealed," she added

"One thing for certain is that anyone can have a go at baking and it's a great way to raise money for Comic Relief - and you are guaranteed to have a lot of fun!" 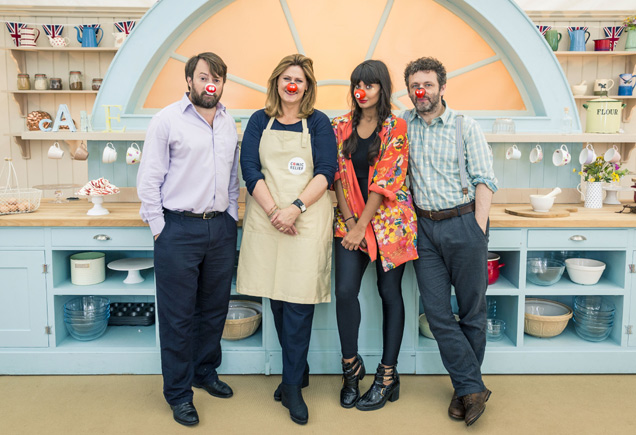 Regular presenters Sue Perkins and Mel Giedroyc will return, alongside Jo Brand and Ed Byrne. Recently appearing on Jonathan Ross' ITV chat show, Perkins said she had initially turned down the chance to work on the show because "it sounded ludicrous."

The Great British Bake Off recently won a National Television Award for "best skills-based reality series". It spawned a US spin-off show.

More: Is The Great British Bake Off really too smutty?