The 'Halloween' franchise is set for its 11th instalment and the first movie in the series since 2009. 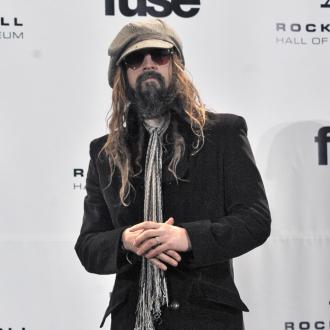 Michael Myers is to return for a new movie in the 'Halloween' franchise.

Dimension Films and Trancas Films have confirmed the iconic fictional character from the slasher films is set to return to the big screen for the first time since 2009, with Rob Zombie being replaced as director by Michael Myers.

Producer Malek Akkad, who also produced the 2007 and 2009 'Halloween' films, said: ''The legacy of 'Halloween' is something that Trancas is very proud of, and I look forward to working together again with Bob and Dimension to continue that tradition.''

Details of the plot of the new movie remain a closely-guarded secret, but Bob Weinstein, co-chairman of The Weinstein Company & Dimension Films, has promised to deliver ''one of the scariest instalments'' of the film series.

He said: ''Michael Myers has taken a long break from the big screen and we know fans are eager to see him return.

''We are excited to be back in business with Trancas and look forward to bringing one of the scariest instalments of this classic franchise to audiences worldwide.''

The new movie is set to start shooting in July.