Filmmaker Michael Moore Has Suggested Teenagers Should Sneak Into Movie Theatres To Watch His New Documentary After It Was Given A Restrictive Age Rating. 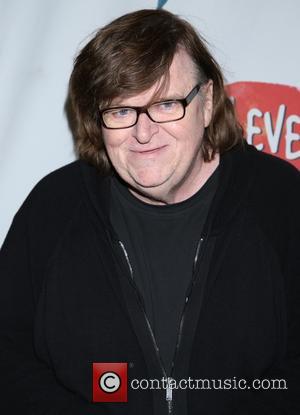 The Fahrenheit 9/11 director is stirring up controversy with his latest offering, Where to Invade Next, in which he travels to countries such as Finland and France to find ideas which could improve society in the U.S.

Censors at the Motion Picture Association of America (MPAA) have given the film an 'R' rating for scenes of violence, bad language and nudity, meaning youngsters under the age of 17 will have to be accompanied by an adult while viewing the movie.

Moore is furious over the decision and has taken steps to appeal against the decision, insisting he will not edit the film to gain a lower rating and instead wants kids to do what they can to see the documentary.

"I will make no cuts," he tells Variety.com. "We don't believe in censorship in this country. There can't be any compromise on this sort of thing...

"The MPAA doesn't want teenagers to see these things without parental supervision. My advice to the teenagers of America is you know what to do and you know how to get in."

"The (MPAA) is not doing this against me personally," Moore adds. "It's the subject matter that makes them nervous. It's volatile subject matter that we are still without adequate healthcare in this country. But there isn't gratuitous violence in the film and nobody is having sex. I'm not encouraging drug or alcohol or tobacco use, so what's the problem?...

"I see PG-13 movies where literally hundreds of characters are mowed down with guns or bombs."