'Heat' director Michael Mann says that he ''absolutely wants'' to make a prequel to the 1995 crime thriller. 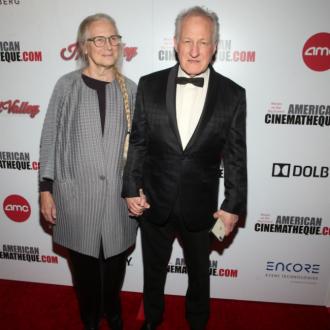 The 77-year-old filmmaker revealed that he is working on a story which takes place before the events of the acclaimed crime thriller for cinemas.

Speaking to Deadline, Mann said: ''It's a stack about 10 inches high on my desk right now. We're on it, and I'm putting time into that and a screenplay I can't tell you about.

''But I absolutely want to make a movie of the 'Heat' prequel.''

The 1995 film starred Al Pacino, Robert De Niro and Val Kilmer and proved to be a critical and commercial success.

Mann had been helming the television crime drama 'Tokyo Vice' when the coronavirus pandemic hit and admits that will have to daily testing for the virus on film sets once the health crisis eases.

He explained: ''People are going to have to know that the people that they're working with are free of this virus.

''I'm fairly maniacal about safety, for crews and cast. I've never had anybody seriously hurt, let alone killed, nothing like that in any production I've ever done.

''And so, you know, that has to be there. Everybody has to be secure in that, or they're not going to be able to work. That means testing, daily testing, it means all of that.''

You can learn a lot about Michael Mann's updated Miami Vice by listening to Glenn...