Michael Madsen is to star in the indie drama 'Max Dagan'. 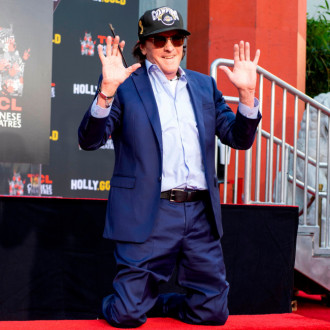 Michael Madsen has joined the cast of 'Max Dagan'.

The 65-year-old actor has boarded the indie drama with Rob Morrow and Jay Mohr.

The story centres on Max Dagan (Zachary Gordon) as he works to earn his dying father a compassionate release from prison. In desperation, he seeks the help of Alaina (Lindsey Dresbach) – the daughter of the man his father killed.

Weisman said: "Attracting such talented actors with this script, adapted from my novel, is a testament to this original story that has been over a decade in the making.

"I'm truly honoured to collaborate with this incredible cast."

Production on the project started recently in Los Angeles and the film is set for a festival run in 2023.

Terre and Mitch Weisman are producing for Creative Balance Films along with Rafi Jacobs, Stephen Mastrocola and Liana Montemayor for the newly-formed banner Static Films.

Michael starred as Mr. Blonde in Quentin Tarantino's film 'Reservoir Dogs' and revealed that the acclaimed director planned a prequel movie that was a crossover between the 1992 flick and 'Pulp Fiction'.

The duo never met on-screen, although Tarantino has confirmed they are brothers, as Mr. Blonde's real name is Vic Vega.

According to Madsen, the unmade project would have seen the pair working in the criminal underworld in Amsterdam, where Vincent had just returned from in the plot for 'Pulp Fiction'.

He said: "The picture was going to start out with the two of us being released from prison in different states. And we open a club in Amsterdam."