The Telluride Film Festival will showcase the likes of 'Birdman' and 'Foxcatcher' this weekend.

The line-up for the Telluride Film Festival has been announced for 2014 and it appears to further cement the festival's knack of showcasing the movies that are eventually in the mix when the Oscar for Best Picture is eventually handed out. In recent years, Telluride has launched the likes of 12 Years a Slave, Argo and The King's Speech and this year appears no different.

The Oscar-tipped 'Birdman' will play at Telluride

Telluride will play host to Alejandro Gonzalez's Inarritu's black-comedy Birdman - an intriguing movie starring Michael Keaton that just scored 5 star reviews across the board in Venice. Also screening is Bennett Miller's true-crime thriller 'Foxcatcher' - a sure fire platform for Steve Carell to mount a serious Oscars challenge though also a movie that is destined to fight it out with Boyhood and others for the top honor.

Elsewhere, the festival will provide audiences with the first look at Jon Stewart's directorial debut 'Rosewater', as well as Reese Witherspoon's 'Wild' and Benedict Cumberbatch's turn as Alan Turing in 'The Imitation Game'. 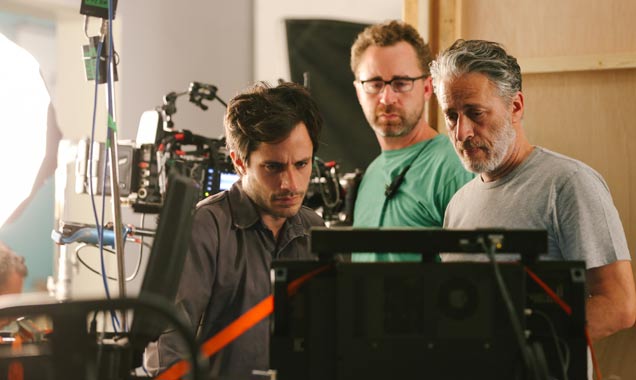 Jon Stewart's 'Rosewater' is also on the Telluride bill

The festival will also include 'The Homesman' - a western directed by Tommy Lee Jones in which Hilary Swank plays a spinster tasked with escorting three insane woman across the prairie.

Unlike some of the other festivals, Telluride remains focused on the quality of its programme.

"There are no red carpets at Telluride," said Roadside Attractions Co-President Howard Cohen, whose company is showing The Homesman. "It's not that much about the movie industry, per se. It's a little bit hard to get to, which adds to its allure. It's a beautiful setting and it's far from Hollywood hype in some way. The filmmakers walk around in town and are very accessible."

The Telluride Film Festival opens on Friday (August 29) and runs till Sunday.