Michael Keaton appeared to have been caught on camera slipping his Best Actor acceptance speech back into his pocket when it was announced Eddie Redmayne had won the prize at the Academy Awards on Sunday night (22.02.15). 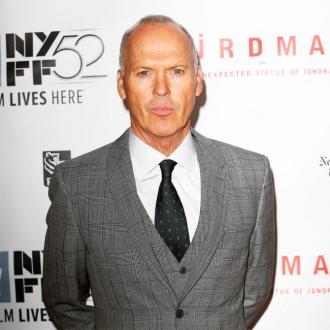 Michael Keaton was caught on camera putting his Best Actor acceptance speech back in his pocket after missing out on the Oscar on Sunday (22.02.15).

The 'Birdman' star lost out to Eddie Redmayne - who won the accolade for his portrayal of physicist Stephen Hawking in 'The Theory of Everything' - and when the 33-year-old actor was preparing to take to the stage to collect the prize, Michael was captured putting what appeared to be his speech back in his jacket pocket.

The footage of Michael slipping the note back into his breast pocket was made into a Vine video - a short clip - and posted online, much to the Twittersphere's devastation.

Some have since dubbed the moment the ''saddest Vine of all time'' as the 63-year-old star handles the piece of paper while all around him break into a round of applause to congratulate Eddie.

Reacting to the video, mollyfitz tweeted: ''This hurts my heart a little bit: Michael Keaton putting his speech back in his pocket after realizing he lost (sic)''

Megan_Nicolett wrote: ''Oof, this makes me weirdly sad -- vine of Michael Keaton slipping his speech back into his jacket after he lost. (sic)''

One Twitter user even compared the moment to legendary actor Nick Nolte losing out on a Best Actor Oscar to Roberto Benigni in 1998.

Fortunately, Michael did get to take to the stage on the night in a winning capacity when 'Birdman' won Best Picture, and director Alejandro González Iñárritu allowed him to say a few words to the Dolby Theater audience.

He said: ''This has been a tremendous experience.

''These guys are as bold as bold could be, it was just a tremendous honour for me - look, it's great to be here who am I kidding, this is just great fun, thank you very much.''