Is 'Birdman''s Protagonist Really Based On Michael Keaton?

Despite playing a character with a similar history to himself, Michael Keaton's character in 'Birdman' is supposedly inspired by the director.

'Birdman' is currently receiving glowing reviews from critics and general audiences alike. The movie, which follows the story of an old super-hero movie actor trying to make a comeback by directing and starring in his Broadway debut, is receiving most of its praise directed towards the stars and director alike. But perhaps it is the infinity that the cast and director share which makes the film such a tight-knit product, as the star Michael Keaton has suggested the true message behind the movie. 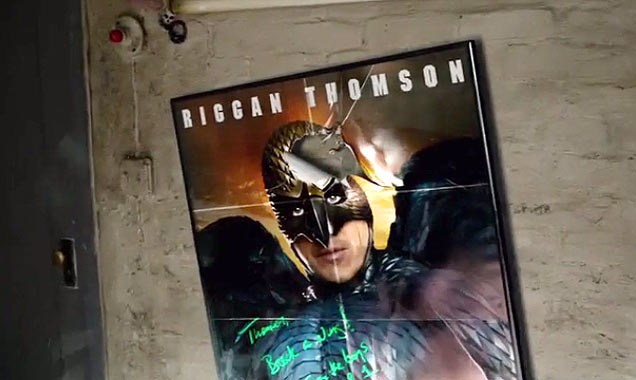 "Me and Ed [Norton] both think that everyone in the script is Alejandro, which is kind of true" explains Keaton, suggesting that writer/director Alejandro González Iñárritu looked inward when coming up with the characters for the film. This comes from a conversation Keaton and Norton had about the nature of dreams, and how the subconscious mind effects the people and objects of a dream in a very personal way. Keaton explains: "there is a theory that when you dream - Ed was talking about it the other day - that you are everyone in the dream, actually there's also a theory that you are everyTHING in a dream".

Watch the trailer for Birdman here:

More: Watch some clips from 'Birdman'

Moreover, Keaton suggested that Iñárritu truly thought of this, saying "[Alejandro]'ll will tell you, this came out of him, and him thinking about his ego and if he was happy as an artist and turning 50." But surely Keaton's character is a perfect fit, as he too lives in the shadow of the costumed superhero he played over a decade ago. Not so, says Ed Norton, who actually stated: "the biggest irony to me is that Michael starred in two superhero movies but he's the person I see as the least like his character." Norton went on to confirm that "I don't see any deep alignment between Michael and his character which makes his performance all the more impressive."

Alejandro González Iñárritu's next project 'The Revenant', couldn't be further from the example 'Birdman' sets. Starring Leonardo DiCaprio and Tom Hardy, the film follows a man who was left for dead after a bear attack, and sets out on a quest for vengeance.