will.i.am uses Michael Jackson as the benchmark by which he judges all of his own songs. 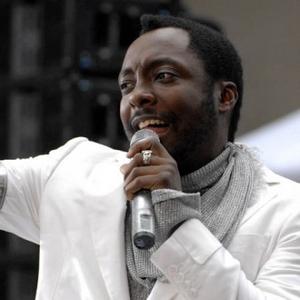 will.i.am claims Michael Jackson is behind all his biggest hits.

The 'Black Eyed Peas' hitmaker - who has produced number one singles for a host of stars including Usher, Estelle, Cheryl Cole and his own group Black Eyed Peas - says he uses the 'King of Pop' for inspiration when he's trying to write a hit track.

He said: "We call it 'A-B-ing.' Anything you make, there's nothing new under the sun. So there's always an 'A and B', whatever your approach is.

"So if you want a song to be a big number one smash, then you have to play a Michael Jackson song while you're making your song."

Will also admitted he uses Michael - one of the greatest pop stars of all time, and a notorious perfectionist, who made the biggest selling album of all time 'Thriller', and collaborated with Will before his death from acute Propofol intoxication last year - as the benchmark to decide if tracks will be a hit.

He explained to MTV: "What you don't want to do is have a 'hit record' and then turn it on and it isn't as loud as Michael Jackson's."

Meanwhile upcoming female US rapper Nicki Minaj - who enlisted Will's help on her song 'Check It Out' - praised his ability to improvise.

She said: "That's when I knew he was a freaking, next-level - he was not even a human when he recorded me. The word 'producer' means different things depending on who's using the word. Will's the only producer that produced me. He really sat there and he got this weird sound, and I was like, 'What?' He just made the beat on the spot."