The Crotch Grab: Too Old, Too Young, Too Female?

Of the many trademark dance moves that the late megastar Michael Jackson showcased to the world - the Moonwalk, the Toe Stand, the Anti-Gravity Lean - the Crotch Grab has got to be the most frequently copied by popstars everywhere. The reason? It could be that M.J. was (and still is) the biggest music icon in the world and stars will always be trying to achieve status of his calibre, it could be that it is one of the easiest of his seminal moves to learn, or it could be that it has always been controversial, critically regarded as infamous and overtly sexual, and notoriety, as celebrities know, is a sure fire way to hit headlines.

Society has reached a stage where such trifles are rarely considered shocking anymore, so why do we still find ourselves recoiling at the sight of another star copying the famous move? 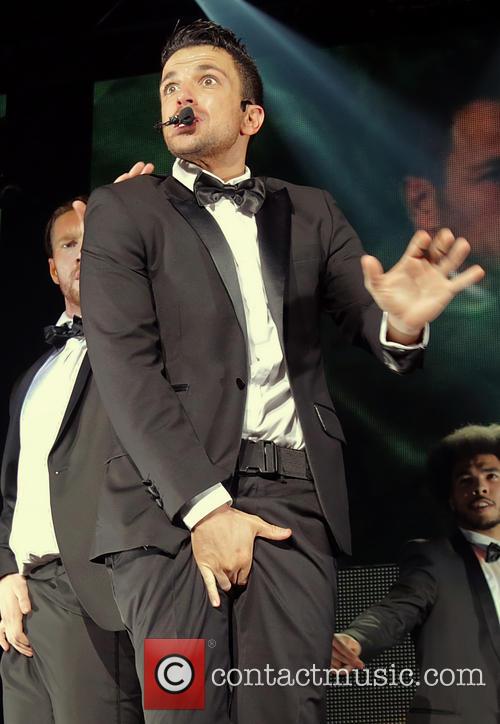 One reason is that the culprits tend to be old school M.J fans; the kind of D-listers that make you cringe almost as much as if you'd just seen that distant relative from the other side of the country perform it at a family wedding. The latest perpetrator is Peter Andre who looked like he'd got a little over-zealous and caused himself an injury as he seized his manhood during a performance in Liverpool, UK on January 25th 2013. The 39-year-old had donned a tuxedo for the occasion but his Jackson-wannabe cavorting left us thinking less 'Shamon!' and more 'Shambolic'. 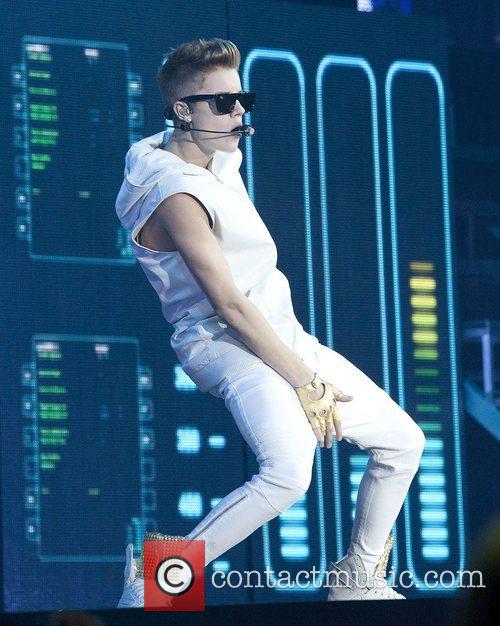 Sometimes it can feel even worse to see a young teen starlet bring out the awkward move on stage especially since the majority of their audiences are often under 16. Justin Bieber is a repeated offender who has been grabbing at his crown jewels ever since he learned what they were for. The 18-year-old is pictured reaching for the drop crotch on his jeans during his show at Madison Square Garden, New York City on November 28th 2012. It might be a little bit weird seeing the baby-faced teen attempting to establish his sex appeal in front of thousands of adolescent girls, but he kind of pulls it off as much of his other performance techniques are inspired by the King of Pop. 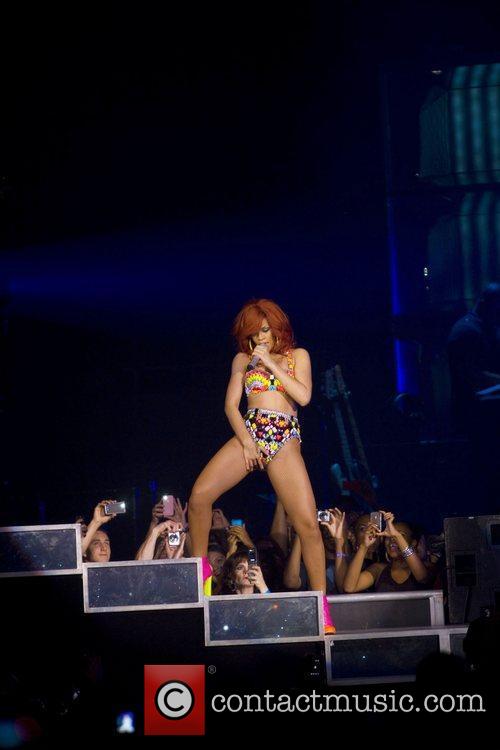 Watching a woman's hand slide towards her nether regions on stage is probably the most cringey to witness. As much as we are trying to get used to the ever thinning line between men and women as a society, watching a female being so masculinely crude is still bizarre and extremely uncomfortable to see. Known offenders are Madonna, who surely also fits into the 'Too Old' category; Miley Cyrus, who has making many crazy moves in terms of her image to rid herself of her Hannah Montana child star association; Katy Perry, who sort of gets away with it because she's nuts on stage anyway; and Rihanna, whose increasingly racy image sparks criticism wherever she goes - we picture the 24-year-old dirty dancing at the Nassau Coliseum in New York during her 'Loud Tour' in 2011. Even Janet Jackson is guilty of copying her brother in some of her dance routines. We try not to be sexist but, girls, it's a bad look. Let's leave it at that. 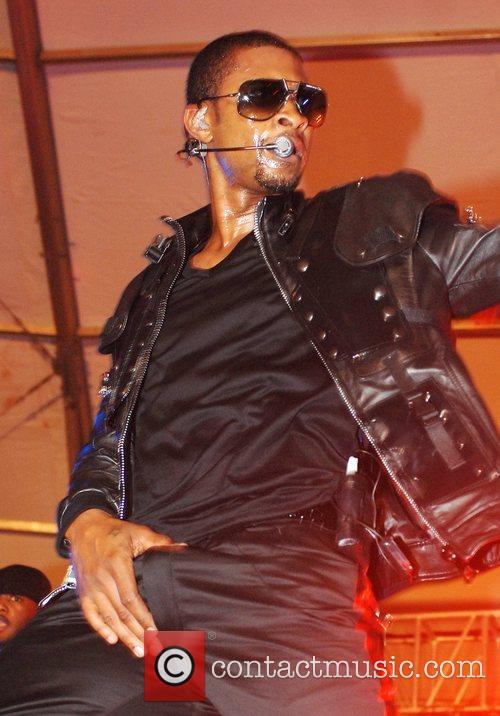 We like Usher but there's no need for this!

We may be criticizing all these stars for doing the gesture in the first place, but sometimes there can be a little over-enthusiasm. Usher demonstrated this all too luridly at the third Africa Rising Festival in Abuja, Nigeria in 2008 and, as much as we love the handsome R&B star, we couldn't suppress a loud 'Ewwwww!' on seeing the photo. He's not in his twenties anymore; he just can't get away with it. We just hope his children, 5-year-old Usher Raymond V and 4-year-old Naviyd Ely Raymond, don't see what their dad gets up to on tour when they're older! 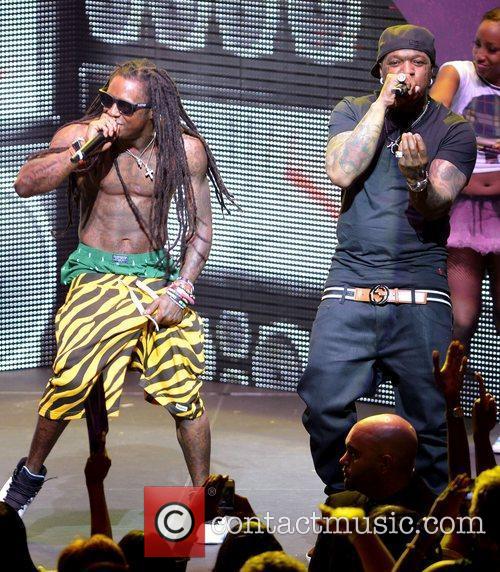 Okay, so we've established that we're not massive fans of the crotch grab here at Contact Music. On the other hand, some artists kind of suit the move. Take hip hop, for example; a lot of the music is directly about sexual explicitness so why not throw in a few rude moves on stage? Lil Wayne simulated the gesture while jamming with Birdman on the Nicki Minaj Tour at Miami's James L. Knight Center; we say 'simulate' because the crotch on his pants is too low for a full handful.

However, it was STILL majorly vom inducing to see and we have to come to the conclusion that maybe Michael Jackson really is the only person who could get away with doing that move. Sure, it was shocking when he unveiled the routine in the '80s, but it was never embarrassing. We just have one piece of advice for anyone wanting to copy that move: don't.