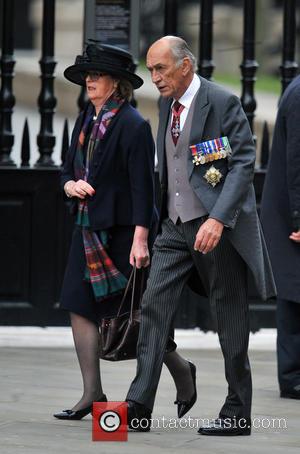 A Los Angeles judge has approved a request from Michael Jackson's estate executors to award the late star's nephew financial compensation for taking care of the King of Pop's children.

A California judge awarded Tito Jackson's son, T.J., and mother Katherine co-guardianship of the Thriller hitmaker's kids, Prince, Paris and Blanket, last July (12) following a major family feud, which began when the matriarch was reported missing during a 10-day vacation.

The 34 year old, who is married and has three children of his own, has allegedly not received any money to help cover the cost of raising his cousins, and in March (13), estate officials filed legal papers asking that he be handed $9,000 (£5,625)-a-month in parental support, stating, "The amount of time each week he dedicates to his co-guardianship duties, is an impediment to T.J. pursuing his own career and other income generating activities."

According to Tmz.com, the request was approved last week (13Apr13) by a Los Angeles Superior Court judge, who ruled, "(T.J.) performs valuable services for the benefit of the children and that it is in their best interests that he continue to do so."