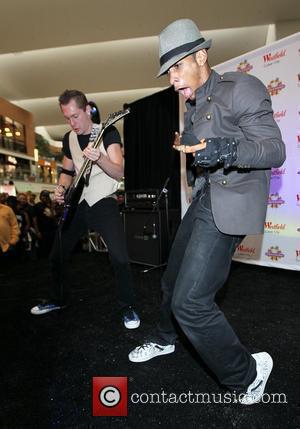 Michael Jackson's eldest son PRINCE MICHAEL is following in his late father's charitable footsteps after helping to box up food packages for starving children in South America.
The 13 year old paid a visit to a Los Angeles packing warehouse with his classmates at The Buckley School last week (23Sep10) to offer their services to the Children's Hunger Fund as volunteers.
The teenagers joined fellow charity workers to put together more than 500 boxes of non-perishable goods to send to struggling youngsters in Peru, reports TMZ.com.
The King of Pop dedicated much of his time and money to help various children's charities during his lifetime, including donating cash to aid the victims of 2005's Hurricane Katrina, helping to organise a benefit concert following America's 9/11 terrorist atrocity, and setting up the Heal The World Foundation, which hands over funds to help various causes.