In her first ever interview, Paris Jackson has revealed Michael Jackson was a loving and supportive father to her and her two brothers and she misses him every day. 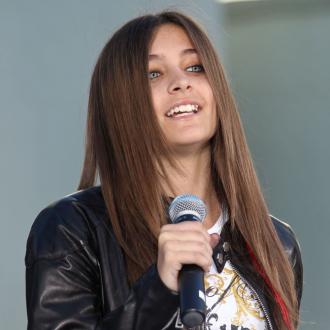 Michael Jackson was an ''incredible'' father.

The late King of Pop's 15-year-old daughter Paris has revealed her dad - who died in June 2009 after being given a lethal dose of Propofol by his doctor, Conrad Murray - had a very supportive and loving influence on her and her brothers Prince Michael, 16, and Blanket, 11.

In her first ever interview, she told the Mail on Sunday's Event magazine: ''I have lots of memories of my father. He was incredible. We all loved him to death. He would try to educate us as much as he could and was always looking out for us. He was very protective.''

The 'Thriller' icon once wrote a heartfelt note to Paris telling her how much he loved her and she admitted she is waiting until she turns 18 to get it tattooed onto her wrist, as well as a tribute to her grandmother Katherine Jackson, her legal guardian. Paris said: ''I want to get it tattooed on my left wrist and my grandma's name tattooed on my right wrist when I am old enough.''

The short-haired starlet and her siblings led a very sheltered life until Michael's death and were rarely seen in public, with the superstar choosing to shield their faces with masks

She explained: ''The masks were his idea. He didn't want anyone to see what we looked like. That way we could have what he didn't, which was a normal childhood.''

Paris also confirmed she was rebuilding her relationship with her publicity-shy birth mother, Debbie Rowe, who signed over her custody rights of Paris and her elder brother Prince Michael in 1999 and reached a settlement in August 2009 giving her visitation rights.