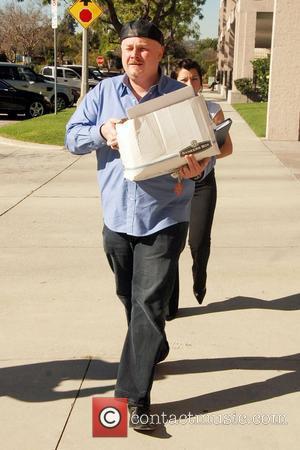 Michael Jackson's choreographer Kenny Ortega has been dropped from a wrongful death lawsuit filed by the pop superstar's grieving mother.
Katherine Jackson took legal action against bosses at AEG Live, the company behind the Thriller star's planned This Is It concert comeback, for fraud and negligence.
Jackson accused AEG chiefs of failing to undertake background checks on her son's personal physician Dr. Conrad Murray before hiring him. Murray stands accused of administering the fatal dose of Propofol which killed the singer in June, 2009.
The pop star's mum also named show producer/director Ortega as a defendant, but he filed papers in January (11) demanding to be removed from the suit.
In the documents, his lawyers branded his inclusion "a gross error", claiming, "Kenneth Ortega is not alleged to be involved in the medical treatment or administration of drugs that allegedly caused Michael Jackson's death."
Now Katherine's attorneys have accepted Ortega's argument and removed him from the lawsuit.
Her lawyer, Kevin Boyle, tells TMZ.com, "Based on recently discovered information, the Jackson family has determined that Mr. Ortega should not be a defendant.
"The Jackson Family apologises for any discomfort or inconvenience this may have caused Mr. Ortega."