Michael Jackson's Thriller To Be Transformed Into New Movie 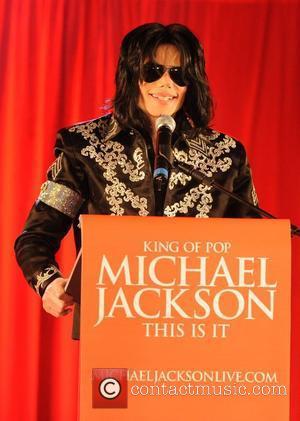 Michael Jackson's seminal music video for his 1982 hit song 'Thriller' is set to get the Hollywood treatment after it was confirmed that Kenny Ortega is in line to direct a movie adaptation. The filmmaker, who's previous credits have included directing HIGH SCHOOL MUSIC, as well as being the man that oversaw preparations for Jackson's planned 'This Is It' tour, is due to get behind the camera for the new film version, reports Deadline.com
The original 14-minute video, which saw Jackson leading a group of zombies through a now infamous dance routine, was originally shot by director John Landis and is often considered to be the greatest pop music video of all time. It has been speculated that the forthcoming film could focus on the character played by Vincent Price in the video. Price provided the video's narrative voice as well as the rap section. 'The Hangover's' JEREMY GARELICK is writing the movie's screenplay, and ROD TEMPERTON, the man who wrote the song, is also involved.
According to the UK's Guardian newspaper, the makers of the 'Twilight' series of films are interested in buying the rights to the films, as are Lionsgate and Twentieth Century Fox. There is currently no word on when filming will begin.