Michael Jackson's groundbreaking 'Bad' album will be re-released to celebrate its 25th anniversary. 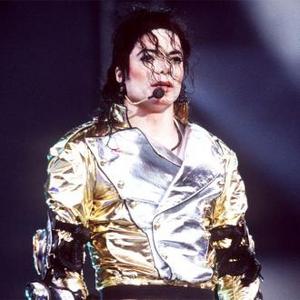 Michael Jackson's groundbreaking 'Bad' album will be re-released to celebrate its 25th anniversary.

The iconic record is to be accompanied by a number of never- before-heard demos recorded by the late singer - who passed away from acute Propofol intoxication in 2009 - when he was making the album.

The album will come in a pack featuring three CDs, two collectible booklets, and the first ever authorised DVD release of a concert from the singer's record breaking 'Bad' tour.

John Branca and John McClain, Co-Executors of the late singer's estate, said: ''The era of 'Bad' represented Michael's creative 'coming of age' as a solo artist in charge of every aspect of his career.

''This was the first album on which nearly all of the songs were written by Michael. It was also the first album in history to produce five consecutive number One singles and it took two and a half decades for another artist to match that success.''

'Bad' was originally released on August 31, 1987 and has sold over 45 million copies to date. The DVD included with the new package documents Michael's legendary July 16, 1988 concert at Wembley Stadium, watched by Britain's Prince Charles, Princess Diana and 72,000 fans.

The concert was one of a record-breaking seven nights Michael headlined at the venue, attended by more than half a million people.

Branca and McClain added: ''It was the first time Michael would tour as a solo artist - his vision, his decisions on what the show would be. The enormous success of the 'Bad' album and tour was a pivotal moment in Michael's growth as a composer, performer and producer cementing his role as the King of Pop.''

The 25th anniversary edition of 'Bad' will be released on September 17.