Michael Jackson's mother Katherine has revealed the singer believed there were a lot of ''greedy'' people who ''wanted him dead''. 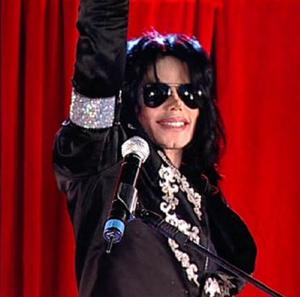 Michael Jackson believed a lot of people "wanted him dead" in the weeks before his passing.

Katherine Jackson - the mother of the 'King of Pop' who died one year ago tomorrow (24.06.10) from acute Propofol intoxication - revealed the 'Billy Jean' singer thought there were a lot of "evil" and "greedy" people who didn't want him around. She said in an interview with US TV show 'Dateline': "He told me several times that he felt that people wanted him gone, wanted him dead. He would always say that. And for him to say that, he must have known something.

"It's just some of the mean, evil, vicious people didn't want him around for some reason. They're greedy."

Similarly, Michael's sister La Toya has claimed her brother was murdered for his money, as he was "worth so much more dead than alive".

She said in an interview with British television programme 'GMTV': "You must remember from the day that I found out that Michael was no longer with us, when my mother screamed 'he's dead' on the phone, I just went into this, 'Who did it?'

According to a report in Billboard magazine, the singer's estate has generated $1 billion in album and single sales, downloads, merchandise and DVD sales of his 'This Is It' movie.

Some 24 million Michael Jackson albums have been sold around the world since his death last year.