Michael Jackson has topped the Forbes list of the Top Earning Dead Celebrities for the second consecutive year after amassing $170 million between October 2010 and October 2011. 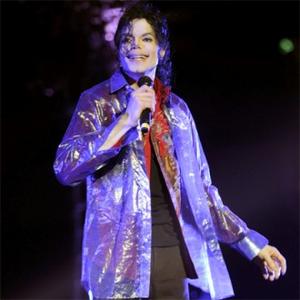 Michael Jackson has been named the highest-earning dead celebrity of the past year.

The late 'Thriller' hitmaker - who died in June 2009 aged 50 - has topped Forbes' annual list of the Top Earning Dead Celebrities for the second consecutive year after his estate brought in $170 million between October 2010 and October 2011 from sales of his music and his stake in the Sony/ATV catalog.

The estate of the 'Beat It' singer - whose earnings dropped from $275 million 12 months ago - is set to take half of the profits from the Cirque Du Soleil theatrical production 'Michael Jackson: The Immortal World Tour', which started earlier this month.

Elvis Presley's Cirque du Soleil show 'Viva Elvis' helped him to second on the list with a posthumous Fortune of $55 million in the past year, and the estates of Beatles legends John Lennon and George Harrison - who placed fifth and 13th respectively - also benefited from similar productions.

Dame Elizabeth Taylor - who died in March - made her debut in the list, appearing in joint fifth after making $12 million, while the late actress' estate will earn more money this year when her jewels, artwork and gowns go up for auction on December 16.