Given that they hounded his father for the entirety of his career, you might be surprised to learn of Michael Jackson’s son’s new pursuit – he’s a reporter.

Yep, you might as well be throwing a party on his grave, Prince Michael Jackson. Ok, so that’s probably harsh, but it is an eyebrow-raising move from someone who was so scrutinized by the press himself as a child, that his father often made him wear a veil in public in order to hide his face – that on the very few occasions he was ever seen in public. Nevertheless, CNN reports that, after taking tips and advice from ‘Entertainment Tonight’s’ Brooke Anderson, Jackson recorded his first interview for the show, the topic being the upcoming remake of The Wonderful Wizard Of Oz.

Since their father’s death in 2009, Prince, Paris and Blanket have been far more open to being in the public eye. They appeared and spoke at his memorial service in 2009, while in February 2010 Paris appeared at the Grammy Awards to receive a lifetime achievement award on behalf of the King of Pop. He was just 12 at the time. Since then he’s also signed replicas of his dad’s Beat It and Thriller leather jackets for an Amazon sale. What is impressive is Prince’s desire to earn his own keep, in spite of the fact he’s set to inherit millions from his father’s estate. 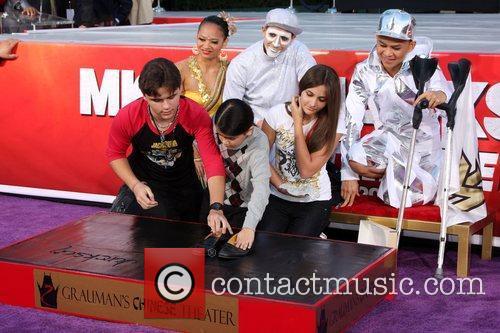