The trial against AEG continues with the testimony of an LA police detective.

The “wrongful death” suit that the Jackson family have filed against Michael Jackson’s concert promoter AEG is going full steam ahead. Currently, the prosecution is focused on Jackson’s personal physician, employed by AEG, Dr Conrad Murray. Yesterday, May 1st, LA police detective Orlando Martinez testified against AEG, saying that the cardiologist, who has already been convicted of involuntary manslaughter, was in dire financial straits when he was working for AEG. According to Martinez, Murray’s debts on credit card bills, home and student loans, child support and so on amounted to over a million dollars and this is why the doctor was willing to do anything AEG asked in order to get paid.

"Focusing on the financial aspect may have been important for Dr. Murray's willingness to disregard his Hippocratic Oath for financial gain," Martinez testified, and said that in order to get the $150,000 a month, Murray might "break the rules, bend the rules, to do whatever he needed to do to get paid." According to the prosecution, this also meant that Murray was willing to administer the pop star with a dangerous and potentially lethal dose of anesthetic propofol, which did end up killing him in the end.

Martinez also testified that the search of Murray’s girlfriend’s apartment yielded suspicious results, namely just one scrap of paper with the physician’s name on it. According to the detective, this suggested that the place, where Murray had been living for a couple of months, must have been cleaned out in a hurry. "I found one piece of paper with Dr. Murray's name -that had fallen behind the door of a cabinet- in the entire apartment [Murray had] been staying at at least two months," Martinez said. "He was living there, and none of his stuff was there." Martinez assumed that Murray asked Alvarez to cover his tracks.

The wrongful death suit was filed by Jackson’s mother, Katherine Jackson, accusing AEG of ignoring her son’s severe health concerns in favor of turning a profit. 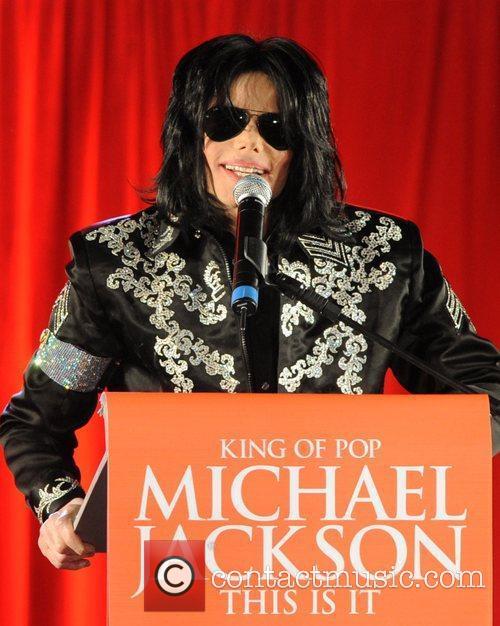 Michael Jackson giving a press conference during his final tour.