Could Michael Jackson's Neverland Ranch Fetch up To $85m?

How much does Neverland cost? We'll find out soon enough

We previously thought Michael Jackson’s Neverland Ranch would cost around $60m, but various reports are suggesting that the 1040-hectare (2,600-acre) estate could fetch anything up to $85m, making our provisional estimation seem like a bonafide bargain. 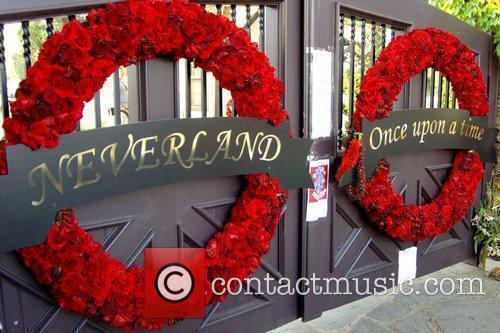 The ranch, which was acquired by the King of Pop back in the late 80s, was valued st at $30m by California property experts, but given the context of the property and land, it looks like it could sell for between $75m and $85m. Colony Capital bought a $23.5m stake in the property just before Jackson's died from a drug overdose and heart attack in 2009.

More: Beyoncé Pays Tribute To Michael Jackson On 5th Anniversary Of His Death

Jackson bought the property in 1988 and lived there until his child molestation trial in 2004. Neverland fell into disrepair after the King Of Pop's death, but last year the property was rejuvenated, at the request of the late singer's children Prince, 17, Paris, 16, and Blanket, 12.

Thomas Barrack Jr of Colony Capital told Bloomberg: "We've really just been custodians of an irreplaceable estate and are proud to say we've restored it to the original elegance Michael first envisioned. We are now considering putting it up for sale."

But the Jackson family expressed disappointment at the sale. "We are saddened at the prospect of the sale of Neverland which, under the agreement negotiated during Michael's lifetime, Colony has the right to sell. The estate will maintain Michael's family home in Encino, including its iconic recording studio there,” said a spokesperson for the family.

More: Jackson Family To Star In New Reality Show - But Who Is Alejandra Jackson?

"We hope and trust that any new owners of Neverland will respect the historical importance and special nature of this wonderful property. Michael's memory lives on in the hearts of his fans worldwide."