Seven doctors who were being investigated over the death of Michael Jackson will not be prosecuted over his death. 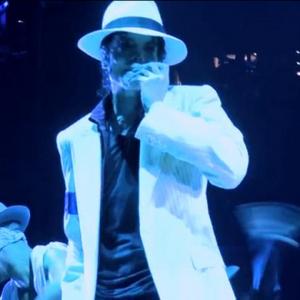 Seven doctors involved in the healthcare of Michael Jackson will not be prosecuted over his death.

Officials in California decided yesterday (28.07.10) not to press charges as part of investigations into his death from acute Propofol intoxication in June 2009.

However, Dr. Conrad Murray - who has pleaded not guilty to felony involuntary manslaughter charges - was not among the seven cleared.

Brian Oxman, a lawyer for Michael's father Joe Jackson, said he was "disappointed" the Drug Enforcement Agency would not be investigating any other doctors.

He said: "I am very disappointed. The misuse of medications by Michael Jackson in the last years of his life was excessive and to fail to bring that to the public eye is ignoring reality."

Christine Gasparac, a spokesperson for the Bureau of Narcotic Enforcement, revealed one of the seven doctors was being referred to the California Medical Board for prescribing drugs to an alias used by Michael, but the board refused to confirm any further details.

Despite being involved in ongoing investigations into Michael's death, Dr. Murray is still allowed to practice medicine after a Los Angeles judge decided in June he should be able to continue.

Randy Jackson, one of the late singer's brothers, said: "The recent court proceedings have been difficult for us as a family.

"However, it is a necessary process that we are well prepared to endure in our fight for justice for Michael."