AEG accused of negligence for hiring the shamed doctor

The jailed doctor Conrad Murray has had his named brought up in the courts again relating to Michael Jackson, after the deceased King of Pop’s mother Katherine Jackson was granted the right to go to court over a lawsuit she filed back in 2010, which accused concert promoter AEG of negligence in hiring the medic.

Murray is, of course, currently serving out four years in prison for involuntary manslaughter regarding the death of Jackson, with the doctor being found guilty of supplying him with sleeping agents that ultimately contributed to his passing. The matriarch of the Jackson family filed a suit that accused AEG of negligence in hiring and supervising Murray during his treatment of the star during preparations for the This Is It tour, as well as breaching its duty to care for him during rehearsals and believes they were responsible for the conduct of Murray. 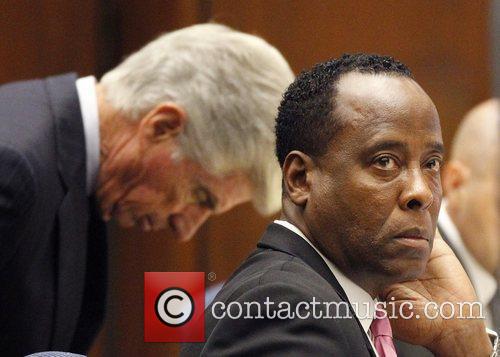 Conrad Murray is back in the headlines again

It’s the negligence charge that has stuck, according to Ace Showbiz, with Jackson arguing that AEG should have investigated Murray properly before hiring him to look after the singer. Murray at the time was facing mounting debt issues, and Jackson is arguing that these financial worries would have conflicted his duty. Murray never finalised the contract, which would have been worth $150,000 a month. For their part, AEG are confident that they’ll be able to prove that they never employed Murray. The trial starts on April 2, 2013.