Michael Jackson's mother Katherine Jackson has filed court documents seeking a new trial to convince a jury that concert promoter AEG Live is allegedly responsible for the late King of Pop's death in 2009. 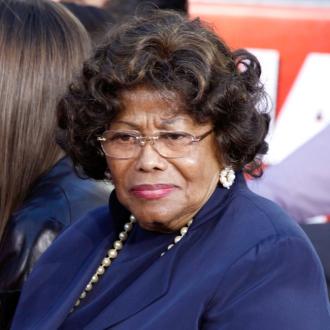 Katherine Jackson filed new legal documents on Tuesday (03.12.13) seeking a second chance to convince a jury the concert promoters are allegedly responsible for the late King of Pop's death in 2009.

The Jackson family matriarch, 83, has listed several reasons for a retrial, including jury misconduct, new evidence, and general procedural errors, according to gossip website TMZ.com.

She also insists that she didn't get a fair opportunity to prove her claim that AEG negligently hired Dr. Conrad Murray, who was convicted of involuntary manslaughter in November 2011 and released in October after serving less than two years of a four-year sentence, to care for Michael before his This Is It comeback concert series in London.

A judge has yet to rule on Katherine's request.

A jury ruled on October 2 that AEG were not to blame for Michael's death and not wrong for hiring the disgraced physician, as he was neither ''unfit'' nor ''incompetent'' at the time.

Katherine, who cares for Michael's children, Prince, 16, Paris, 15, and Blanket, 11, filed court documents in Los Angeles last month to appeal the verdict of the $40 billion lawsuit before demanding a new trial.

It was previously revealed that Katherine was still hopeful after hearing comments made the jury following the conclusion of the five-month trial and her lawyer Brian Panish confirmed they were gathering information for an appeal.

He said: ''She isn't throwing in the towel. We can't give up until we gather all the information. Today is another chapter.''