The 59 year-old brother is disappointed none of his siblings were involved in the reworking of his late brother's latest posthumous album. 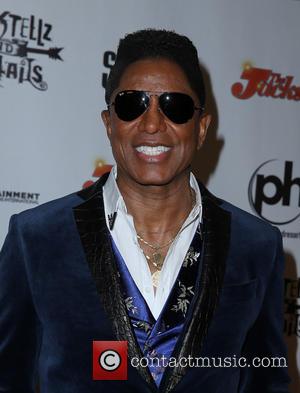 Jermaine Jackson is not pleased how Michael Jackson's posthumous album 'Xscape,' was put together.

The brother of the late superstar expressed his disappointment in not being involved in the record, which features 8 unreleased tracks from Jackson's archives, when speaking to TMZ this past Sunday (May 11th).

'Xscape,' which is Michael's second posthumous album, was reworked by world renowned producers Timbaland, Rodney Jerkins, Stargate and John McClain, but Jermaine feels like he should have taken one of their places.

"They're just putting it together the way they want, they don't contact us," he told the gossip site, in references to none of his siblings being included in reworking the unreleased songs.

"We have nothing to do with that [album]," Jermaine continued. "Timbaland could have been me...[Imagine] the original Jackson 5 back together on record, and I love Timbaland by the way, nothing against Timbaland, but that could have been us.''

However, the 59 year-old singer does like one song from the album, but admitted he hadn't listened to all 8 of the new tracks as of yet.

"I heard some of the songs, I love 'Xscape', but I haven't heard the whole CD yet so until I hear it I can't give you an honest opinion. We have nothing to do with that, it's all the estate," he added.

The album was named after one of the tracks due this being the process Michael used, he would pick a song from the album which was only one word long. This began with 1982's hugely successful 'Thriller'.

'Xscape' will be released on Tuesday May 13th.