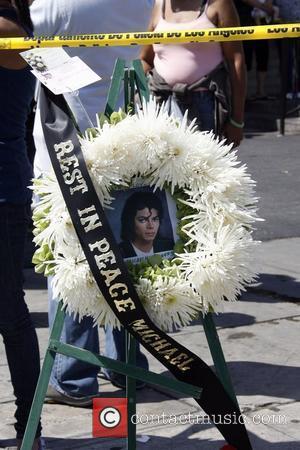 Picture: * JACKSON'S FINAL AUTOPSY REPORT DUE IN FOUR TO SIX WEEKS A final verdict from MICHAEL JACKSON's autopsy will take up to six weeks, the...

Michael Jackson's landlord and close friend, designer Christian Audigier, has paid tribute to the late pop icon.
The pair met at Audigier's 50th birthday party in May last year (08) and became pals.
The couturier even stepped in and offered to rent Jackson his Holmby Hills, California mansion after the King of Pop moved out of the Neverland Ranch and was in need of a place to live - and Audigier admits the star's sudden death has hit him hard.
He tells WENN.COM, “I am deeply affected by Michael’s passing. Michael was a giant in the entertainment industry and is leaving a great musical legacy for us. He will be greatly missed.”