Jackson Lands On The Moon 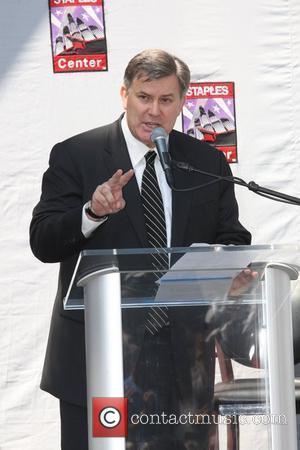 Michael Jackson has landed the ultimate outer-space tribute - a crater on the moon has been named after the King of Pop.
As the singer's family, friends and fans celebrated his life at the Staples Center in Los Angeles on Tuesday (07Jul09), the Moonwalker has made his mark on the moon, according to the Lunar Republic Society.
The crater, previously named Posidonius J, is located in the Moon's Lake of Dreams and is close to a 1,200-acre parcel purchased by Michael Jackson.