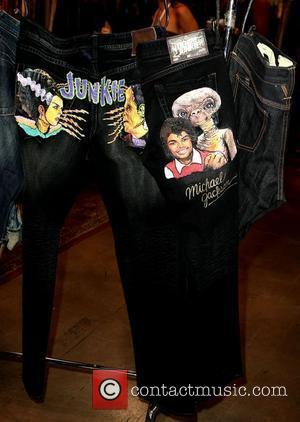 Michael Jackson's sprawling Neverland Ranch has been bought by French designer Christian Audigier - who plans to open it up to the public on every anniversary of the King of Pop's death.
The fashion guru behind the Ed Hardy and Christian Audigier clothing lines was Jackson's landlord during the final months of his life - he co-owns the Holmby Hills, Los Angeles mansion where the Thriller hitmaker died on 25 June (09).
Audigier is turning that property into his company's headquarters, but he has other plans for Neverland and wants to turn it into a haven for fans of the King of Pop.
The sum paid for the Santa Barbara, California estate - which is reportedly worth an estimated $90 million (£60 million) - is unknown, but Audigier claims the deal has been finalised and he will receive the keys later this month (Sep09).
In an interview with Agence France-Presse, he says, "I bought the Michael Jackson house. It's something I'm gonna open just for the birthday (sic) of his death every June, where the media is gonna be able to come in and we'll do exposes, etc."
Audigier has also reportedly splashed out $14.5 million (£9.6 million) on Nicolas Cage's Bel Air home in the past week.
Cage's mansion, which was once home to both Dean Martin and Tom Jones, has been on the market since 2007.