Halloween is the second greatest holiday for music (after good ol’ Christmas, of course) with an insane number of songs having been written about the spooky festival, monsters, witches and zombies. Only a few, however, have ever become ultimate Halloween staples and a party at this time of year isn’t the same without these timeless classics. 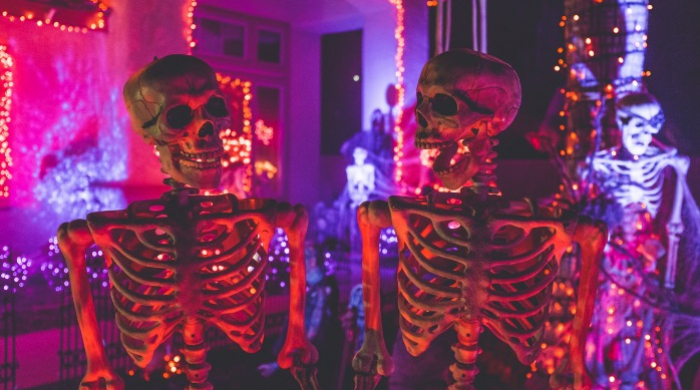 More a commentary on urban decay than a spookfest but the foreboding reggae rhythm makes it a great tune for this time of year. It also made in appearance in one of the best comedy-horror movies of all time: Shaun of the Dead.

This new wave 70s hit is based on the famous villain Norman Bates from Alfred Hitchcock’s film Psycho. Given that it’s one of the greatest slasher films of all time, it’s unsurprising that the song has become such a hit at Halloween parties.

A Motown hit which reached number 2 in the US, there’s something immensely creepy and yet inescapably funky about Rockwell’s iconic song. It’s a paranoid frenzy with references to The Twilight Zone and Psycho and an infectious dance remix of the song by Beatfreakz topped the UK Dance charts in 2006.

7. I Put A Spell On You - Screamin' Jay Hawkins

You may well prefer the version by Nina Simone, but one thing’s for sure this song has been a Halloween must-have at least since Bette Midler, Sarah Jessica Parker and Kathy Najimy sang a rendition in the enchanting 1993 movie Hocus Pocus.

6. This Is Halloween (from The Nightmare Before Christmas)

Featuring in the Tim Burton-produced The Nightmare Before Christmas, This Is Halloween has been covered by a number of artists since the 1993 stop-motion animated movie. Marilyn Manson and Panic! At The Disco are popular renditions with the latter perfect for any Halloween playlist.

Morticia and Gomez are the ultimate Halloween couples costume so it stands to reason that the memorable theme from The Addams Family composed by Vic Mizzy is such a favourite when it comes to spooky parties.

Is it even possible to say “Who ya gonna call?” without someone shouting “Ghostbusters!”? Even people who have managed never to see the movie are aware of this iconic theme tune. It was number one in the US for three weeks but was robbed of an Oscar by Stevie Wonder's I Just Called to Say I Love You.

Richard O’Brien and Jim Sharman’s cult horror musical featured some iconic songs like Sweet Transvestite and Hot Patootie, but Time Warp is by far the most popular party anthem from the movie. Everyone likes dancing to this one at Halloween parties.

Guaranteed to get everyone on the dancefloor (perhaps even more so than Time Warp), this horror-themed funk hit featured on the eponymous best-selling album of all time and came alongside a short film which is one of the greatest music videos ever shot.

MORE: Seven musicians you can go as to your next Halloween party

Is there a more Halloween-y song than this vintage classic? Not even written for a movie, the Monster Mash is a seasonal favourite inspired by Bobby Pickett’s well-loved impressions of horror film legends Boris Karloff and Bela Lugosi. The Misfits’ rendition is a popular version, but the original will always be the best.