Michael Jackson's nephews Taj, Taryll and T.J. are set to reunite as 3T for a tribute concert to their late uncle next year. 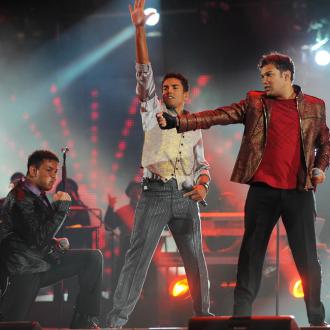 Michael Jackson's nephews are set to reunite for a tribute concert.

Pop group 3T - which was popular in the 90s and consisted of Tito Jackson's sons Taj, Taryll and T.J. - are set for a comeback next year to mark the fifth anniversary of the late King of Pop's death.

A source told the New York Daily News' [email protected] column: ''Taj, Taryll and T.J. believe they have a sound and appeal which would make them a success all over again.''

The trio enjoyed moderate success in the later part of 1990s when they were pitted against the Backstreet Boys and *NSYNC at the height of the boy band boom. Their hit singles include 'Why', which was a duet with Michael, and 'Anything'.

The brothers have reportedly recorded an entire album of new material in secret and are planning to tour the US and Europe.

3T released their debut album 'Brotherhood' in 1995 and followed it up nearly a decade later in 2004 with 'Identity'.

The group have come together several times in the years following their famous uncle's death in June 2009, appearing on stage with Michael's oldest children - Prince Michael and Paris - as they accepted a lifetime achievement award at the 2010 Grammy Awards on behalf of their father.

3T also reunited on stage in 2011 at a tribute concert for Michael in Cardiff, Wales, where they performed 'Why' and 'Heartbreak Hotel' by The Jackson 5.