Michael Jackson is the indisputable King of Pop, with some of the most well-known pop songs and albums of all time under his name. His 1982 album 'Thriller' still stands as the biggest selling album of all time. Having tragically died at the age of 50 following a cardiac arrest in 2009, we now see his second posthumous album of previously unreleased material in the form of 'Xscape'. 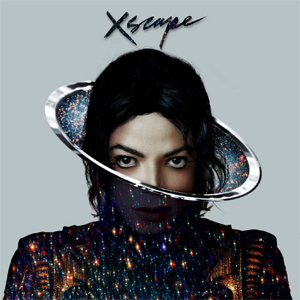 There are two trains of thought when it comes to posthumous albums. On the one hand, they're a great opportunity for people to listen to music that otherwise would never be heard. On the other hand, the artist isn't here to help make any improvements and give the album their blessing and so posthumous albums run the risk of being poorly executed with the quality solely coming down to how the songs are produced, not how the artists can better them. This can ruin the legacy of an artist for some people, but for others it's merely songs pilling onto a back catalogue. So does 'Xscape' spoil the legend of Michael Jackson?

It begins with the strong single 'Love Never Felt So Good' which leads with its disco beat accompanied with warm strings, classy piano, rhythmic clicks and lush guitars that get you in the mood for a good time. What stands out is Jackson's unmistakable voice, which always adds character to his work. The song gives hope that this album could be something great but, sadly, that hope quickly diminishes. After second song 'Chicago', a good R&B number featuring well-crafted synth-pop elements, the album goes downhill with some tracks that are just plain boring.

'Loving You' lacks any imagination or excitement due to chorus lyrics as lazy as, 'Loving you, that's what I wanna do'. 'A Place With No Name' initially peaks an interest, with beats reminiscent of Stevie Wonder through an electronic filter, but it gets dull when these beats take a backseat. 'Do You Know Where Your Children Are' is a disappointment with Jackson seemingly trying to tell a gripping story of missing children, but it comes off as a bit daft with synth-pop elements and his signature high-pitched 'hee-heee'.

The album regains some strength on 'Blue Gangsta' which conjures up old magic, taking a darker tone and having an echo of 'Earth Song' and 'Billie Jean' about it with bursts of quiet horns; it's quite intense, but the album falls once again on the title track and final song. 'Xscape' has a low beat that coincidentally sounds slightly similar to Massive Attack's 'Angel', but the rest of the production and instruments sound tired and overused at this point, making it rather forgettable.

The verdict of this posthumous collection is that, while it has a few really good songs, namely 'Love Never Felt So Good', 'Chicago' and 'Blue Gangsta', the rest are average and have been polished as much as they can be which feels a little pointless. It's not bad enough to damage Jackson's legacy, but it doesn't hold a candle to the likes of 'Bad' and 'Thriller'. You'll probably listen to the whole album once, then go back to listening to his classics that will never get old.