Don’t Tell Anyone, But Secret Cinema’s Going ‘Back To The Future’

Michael J Fox Back To The Future

Fancy a trip to Hill Valley or a ride inside the DeLorean?

They’ve invited us to The Grand Budapest Hotel and they’ve even recreated the Shawshank Redemption. But the Secret Cinema has just unveiled their most exciting screening yet to take place this summer. Are you ready to go Back To The Future?!

The next Secret Cinema will go Back to the Future

If you’re a movie fan who often finds yourself wishing you could could jump into the screen and become part of the action, then Secret Cinema is a dream come true. The organisation, created in 2007 by Fabien Riggall, recreates scenes and sets from iconic movies and makes the audience literally feel they're part of the film. Using elaborate sets, costumes and giving each participant a role to play the Secret Cinema offers a unique experience for film fanatics and is always getting bigger and better.

More: Back To The Future Stars To Reunite On Tv

This summer, organisers will be recreating the entire town of Hill Valley, where Marty McFly journeyed Back to the Future. Audiences will be transported by a replica DeLorean DMC-12 to both 1985 and 1955, travelling through secret alleys and entrances to the town.

Iconic scenes from the film will be recreated with a section of the audience playing out the narrative of Marty McFly, being transported through time. While others will be part of both 1955 and 1985. Secret Cinema founder Fabien Riggall, said of the event, "We shall play heavily on the innocent dream-like world of 1955 and the nostalgic pre-mobile phone world of 1985. We want the audiences to forget their current world and take an adventure."

After the screening, guests are invited to attend the Enchantment Under The Sea after party, recreating the prom dance where Marty's parents fell in love and had their first kiss. This will take place in another venue near the secret location. 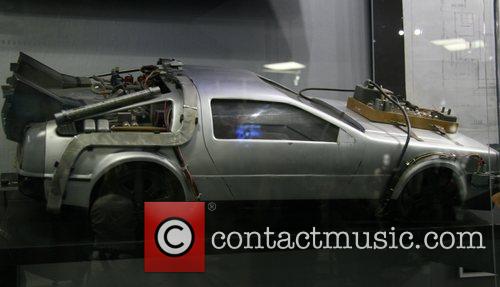 A replica DeLorean will be on hand for the event.

Back to the Future co-writer Bob Gale, is confident the whole experience will enhance the audience’s appreciation of the movie. He told the London Evening Standard, ”If you've never seen Back to the Future with an audience, don't miss this chance.  As good as the movie is in your own home, watching it on a big screen with an appreciative audience is far, far better."

Secret Cinema presents Back to the Future takes place at an undisclosed location in London from July 25 to August 14. Tickets go sale Wednesday (June 3rd) at  www.secretcinema.org/tickets.