The 55 year old actor joined Chris Martin and co. on stage in New Jersey to perform 'Earth Angel' and 'Johnny B. Goode'.

Back To the Future star Michael J. Fox joined Coldplay on-stage at the weekend to re-create a scene from the iconic 1985 movie – at the request of Chris Martin’s son, Moses.

The British rock giants invited Fox, 55, to join them during the second of their two gigs at the MetLife stadium in New Jersey on Sunday night (July 17th), where they performed ‘Earth Angel’ and ‘Johnny B. Goode’, the two songs Fox performs in the prom-night scene from the cult film. 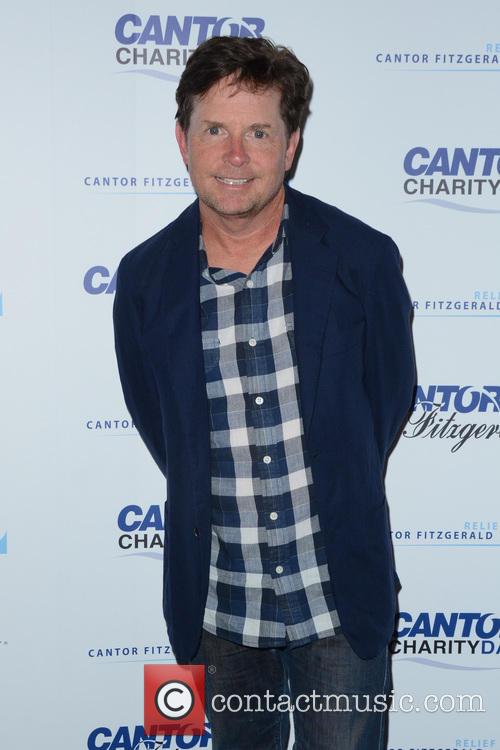 Michael J. Fox joined Coldplay on stage at the weekend

In a video message segment that’s become an occasional instalment on Coldplay’s current A Head Full of Dreams tour, Martin’s 10 year old son Moses appeared on screen in a video message asking if the band could play a track from the film.

“I was wondering if you could play a song from both of our favourite movie, Back to the Future. I love you so much,” Moses said.

Not one to turn down a request from his son, Martin and his band launched into ‘Earth Angel’, the doo-wop hit from The Penguins in 1954. Halfway through the song, the singer paused and introduced Fox himself, saying: “Ladies and gentleman from the best movie of all time, please welcome Mr Michael J Fox!”

After that, they launched into a cover of Chuck Berry’s legendary ‘Johnny B. Goode’ – the track which, according to Back To the Future’ mythology, doesn’t even exist when Fox’s character Marty McFly plays it at the Enchantment Under the Sea prom. 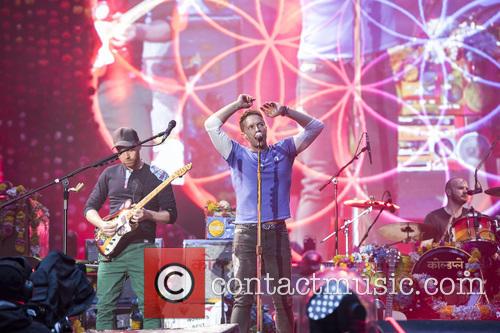 Fox - who was diagnosed with Parkinson's disease at the age of just 29 and is an advocate of efforts to find a cure for the debilitating disease - later tweeted his appreciation at being welcomed on stage, writing: “Thank you guys! It was a blast!”

More: Viola Beach’s streams increase by over 6,000% after Coldplay tribute at Glastonbury