Michael Imperioli thinks he had coronavirus

Michael Imperioli believed he had coronavirus at the end of February but was never tested. 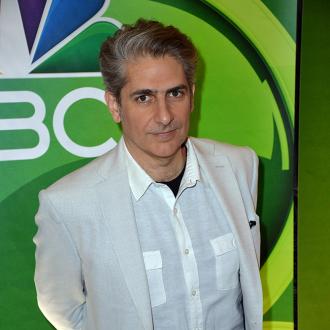 Michael Imperioli believed he had coronavirus.

The 54-year-old actor - who is best known for playing Christopher Moltisanti in 'The Sopranos' - was ''extremely ill'' when he arrived in California from New York on 1 March, but didn't get tested for the vastly-spreading virus.

Michael - who has three children with wife Victoria Chlebowski - believes the virus also spread to his family and though they were feeling ''pretty sick'', they fortunately weren't ill enough to require hospital treatment.

He added: ''My wife and one of my kids got it. We had most of the symptoms. We didn't get tested because we weren't sick enough to go to the hospital.

''We didn't want to go to the hospital. We haven't been tested ... We're better now but we were pretty sick.''

Meanwhile, Michael also admitted he thought he'd get fired from 'The Sopranos' on his first day because he failed to tell producers he couldn't drive, which was vital as his character often served as Tony Soprano's (the late James Gandolfini) driver.

He recalled: ''I didn't tell them that because I wanted the job and in one of the takes I actually back up into a tree and smashed up the back of the Lexus.

''We all jumped forward, the air bags came out, smoke, it was a big disaster and I was thinking [Gandolfini] must be thinking I'm an idiot, this is going to be a disaster, they're going to fire me.

''And he just looks at me and starts cracking up laughing and we both just broke down hysterically and I thought, 'OK this is going to be a good ride. That was a bonding moment.''

Michael Imperioli thinks he had coronavirus