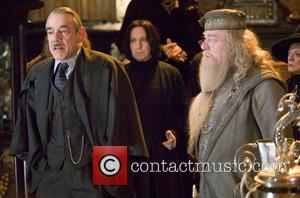 The British acting icon, who replaced the late Richard Harris as Albus Dumbledore in the boy wizard film franchise, will lead the cast in a Bbc Tv adaptation of the bestselling novel, about an unexpected death in a quaint English village.

He will portray deli owner Howard Mollison, opposite Notes on a Scandal actress Julia MCKenzie.

Production on the three-hour series is due to begin on 7 July (14) in south west England.

Rowling released The Casual Vacancy in 2012. It has sold more than six million copies worldwide.