The BBC received 243 complaints after Quirke’s first episode on 25 May. There wasn’t any inappropriate content; people just couldn’t hear anything, and that’s a story corroborated by screenwriter Andrew Davies who admitted his wife asked: “Do you mind if we have the subtitles on?'" 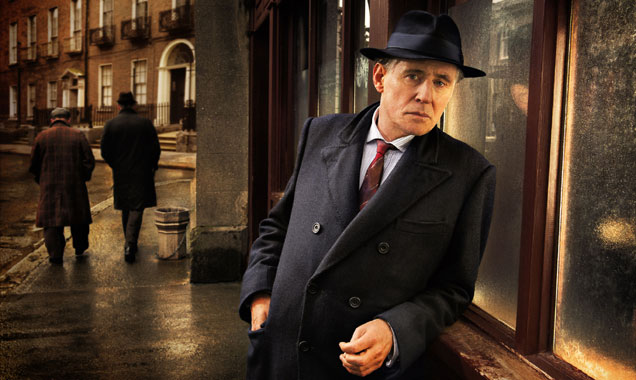 “I could hear it because I knew what the words were," explained Andrew Davies to The Radio Times. But his wife, Diana, didn't have the same luxury. "She said, 'Do you mind if we have the subtitles on?'”

This is just the latest criticism the BBC have received regarding sound levels. Jamaica Inn was subject to over 2000 complaints regarding “mumbling actors”. Davies added: "It's a funny thing, mumbling. It's a bit to do with actors, a bit do with with modern, flat-screen televisions and both my wife and I are of an age where our hearing is beginning to go."

Following the initial complaints, a spokeswoman for the BBC said: "A wide range of factors can influence audibility and we will continue to work with the industry on this important subject." Starring Michael Gambon, Geraldine Somerville, Colin Morgan and Gabriel Byrne in the title role as a Dublin pathologist, the noir series - set in the 1950s - is based on the novels by Booker Prize-winning author John Banville.

"When you know what the lines are, there's a tendency to think you've heard them alright. Whereas if you didn't know the thing, maybe you wouldn't,” said Davies who also hinted at a second season of the drama. "I hope it'll be on again. I'm not sure whether I'd be writing it. We'll have to see what happens."