Dancer Michael Flatley Will Officially Hang Up His Tap Shoes In January (16) After Making His Broadway Dreams Come True With A Limited Run Of His Show Lord Of The Dance: Dangerous Games. 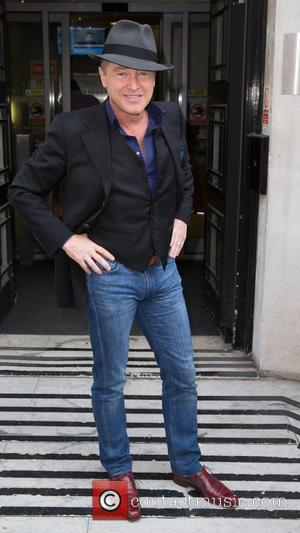 The former Riverdance star had previously considered bowing out after debuting the show in Dublin, Ireland, earlier this year (15), but he has since pushed back his retirement date after landing the opportunity to hit the stage in New York's famous theatre district.

The Irish-American tells The Associated Press, "Last year, I decided my legs and my back had taken such a beating over the years. I said, 'You know, it's time.' I have a beautiful wife and a lovely, beautiful eight-year-old son and I said 'I've got to spend more time with them.'"

The 57 year old admits he will check off his final bucket-list wish by performing on Broadway.

He says, "That's the last dream. My wife and my team asked, 'Is there anything else we haven't done in this career?' I said, 'I've never done Broadway and I want to dance in the greatest place in the world.'"

Flatley's Lord of the Dance: Dangerous Games will run for eight weeks at the Lyric Theatre from 7 November (15) until 3 January (16).