Michael Fassbender Was Fascinated By The Idea Of DNA Memory

Michael Fassbender says he was ‘fascinated’ by the idea of DNA memory and exploring it in new movie Assassin’s Creed, based on the video game franchise of the same name. 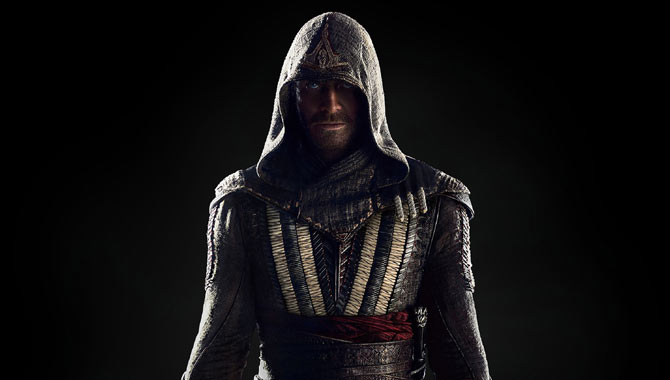 In the film the Irish actor plays career criminal Callum Lynch, who is forced to relive the memories of his ancestor, Aguilar de Nerha, an Assassin during the time of the Spanish Inquisition.

Through reliving Aguilar's memories, Lynch is able to gain the knowledge and skills he needs to take on the modern-day incarnation of the Templar Order, the age-old enemies of the Assassins.

Speaking about what drew him to the role, Fassbender said: “This universe of Templars and Assassins and the idea of DNA memory and how we carry our ancestors lives with us in our DNA, that seemed to me immediately fascinating.

“The idea that we negotiate life though what we’ve labelled instinct or why a bird would fly south migrate at certain times of the year, that this actually comes from a knowledge past down through our DNA, through our ancestors. I thought that was a really cool, plausible theory.”

The Assassin’s Creed movie takes the universe of the video game franchise and brings it to the present day, with Fassbender’s character being specially created for the film.

Explaining how they decided on creating the character of Lynch Fassbender said: “We wanted to bring something fresh and new in terms of introducing new characters and then it really was just about trying to find where those characters have come from and where they were going.”

More: Michael Fassbender Did Not Like His Performance In 'X-Men: Days Of Future Past’

“The idea that we would have somebody who realises that they have a very strong family and a family that goes back hundreds and hundreds of years, through this lineage to Creed we thought would be interesting,” he continued.

“He would become almost reborn in this story and realise that he does belong to something much greater than himself as the individual because up to this point he has been operating as an individual and is a lone wolf character.”

Watch the trailer for Assassin's Creed below: