Michael Fassbender is set to star in Brendan Gleeson's 'At-Swim-Two-Birds' with Cillian Murphy and Colin Farrell. 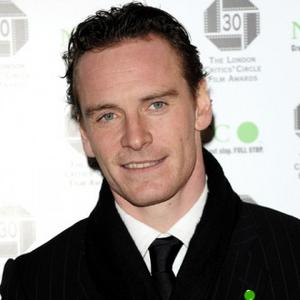 Michael Fassbender has joined the cast of 'At-Swim-Two-Birds'.

The 'X-Men: First Class' actor will star alongside Colin Farrell, Gabriel Byrne and Cillian Murphy in the forthcoming production, directed by Brendan Gleeson, who will also star in the movie based on Flann O'Brien's 1939 novel.

The movie tells the tale of a teenage student who writes using people from his own life in his creations, and Gleeson has been working on the movie for the last four years, having purchased the rights seven years ago.

His son Domhnall will also star in the film, which is expected to start filming in spring 2012.

Michael, 34, has a number of projects coming up in the next year - as well as starring in the highly-anticipated sci-fi movie 'Prometheus', directed by Ridley Scott, he will also be seen in Steven Soderbergh's 'Haywire' alongside Channing Tatum and Ewan McGregor.

He is also expected to reprise the role of Magneto in a follow-up to 'X-Men: First Class'.