Michael Fassbender says he's ''not a very techie person'' and admits he was initially reluctant to play the late Apple CEO Steve Jobs in the upcoming self-titled biopic. 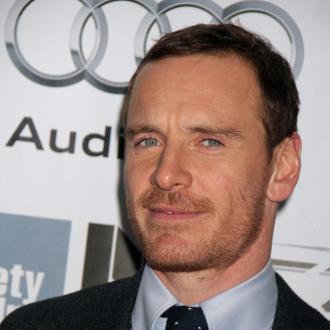 The 'Steve Jobs' star, who portrays the late Apple co-founder and CEO in the upcoming biopic, admits he was ''very nervous'' about accepting the role because he didn't know anything about the American businessman or look like him.

He said: ''I'm not a very techie person. I use all the Apple products, but I had no real insight into him.

The 38-year-old star credits director Danny Boyle for urging him to take the part.

Michael told The Hollywood Reporter: ''I was like, 'I don't look anything like him.' And Danny was like, 'That's not what we're going for. I'm looking for someone who can capture an essence.' ''

The Irish heartthrob wasn't the only one worried about starring in the film, as screenwriter Aaron Sorkin was forced to apologise to the actor when the Sony hack revealed he was unhappy with Michael's casting.

Meanwhile, Kate Winslet, who plays Jobs' confidante and long-time colleague Joanna Hoffman, only expressed interest in joining the cast after hearing about the script from her make-up artist.

The Oscar winner, 40, recalled: ''She said, 'God, the script is really so fantastic.' She described the nature of the film and how it's constructed in three acts. And I finally said, 'What's the girl's part?' ''