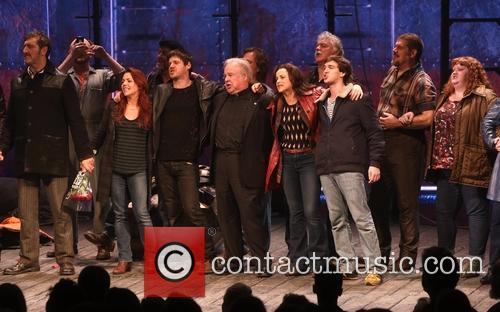 Bob Saginowski works behind the bar at Cousin Marv's in Brooklyn - an establishment often referred to by local criminals as a 'drop bar'. It's where all the money in the town, acquired by illicit means, is dropped off and kept safe from rival gangs and authorities. However, Cousin Marv's turns out to be less safe than they thought when two masked armed robbers break in while Bob and Marv are cashing up and demand all the money. Despite Marv's warnings about who they are really stealing from, the thieves leave with their loot and Marv and Bob find themselves in a sticky situation when one mean crime boss wants it back. Getting involved in circumstances like this is the last thing these guys want and Marv starts to wish he was as well-respected as he used to be. After a vicious killing occurs, the stakes get higher. Will the duo manage to win back the mob's money? And what's the significance of a lost pitbull puppy?

Richie Furst is a Princeton student with a unique gift for mathematics. He uses his talent to play the odds on online poker sites but what's starts out as gambling for fun, turns into much more as he struggles to pay his school fees. He has one more chance to bring up his bank balance but finds himself busted out of a game (and the last of his money) despite his calculations telling him he should win. Determined to discover the meaning behind what he thinks is a scam, he visits the website's owner Ivan Block who offers him a job with a guaranteed 7-figure salary in just a few months. Unfortunately, he finds himself conned worse than he realised when he is kidnapped by an FBI agent for his apparent 'crimes' and uncovers the corrupt and often cruel operations behind Ivan and his company. Now his tuition fees are the least of his worries as he is now gambling for his life.