Actor Michael Douglas Credits His 1987 Oscar Win For Helping Him To Overcome Stage Fright And Step Out Of The Shadows Of His Famous Father, Kirk Douglas. 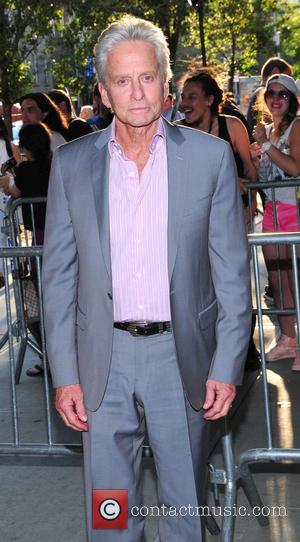 The star reveals he suffered from crippling stage fright in college and it wasn't until he took home the Academy Award for Wall Street that he felt confident in his abilities as an actor.

He says, "My junior year in college they said, 'You have to declare a major, you can't keep taking general education courses.' So I said, 'I guess I'll take theatre. My mother's an actress, my father (is an actor).' I started acting (and) I was the worst actor you ever seen. I had the worst fear. I used to have a wastebasket offstage, where I could get sick before I go on.

"When I first started acting it was almost like a challenge just to do it and I used to look at these cameras... and somebody told me early on, they said, 'Look, the camera can always tell when you're lying...' So I got into this method acting stuff... and then one day I said, 'Wait a minute, I lie just about every other day... Acting is lying.' So it kind of freed me up, finally... So that helped tremendously."