Michael Douglas has revealed he and wife Catherine Zeta-Jones want to go travelling around the world with their two children. 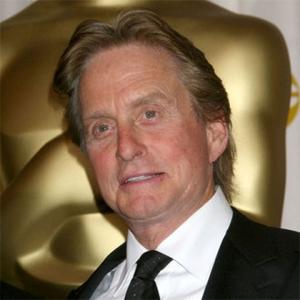 Michael Douglas wants to spend a year travelling the world if he successfully Battles cancer.

The 'Wall Street: Money Never Sleeps' actor - who is currently undergoing treatment after doctors found a tumour in his throat - says contracting the disease made him even more appreciative of his family and he wants to spend as much quality time with wife Catherine Zeta-Jones and their children Dylan, 10, and seven-year-old Carys as possible.

He said: "Once we're through this, Catherine and I are talking about taking the kids out of school for a year and travelling around the world - Phuket and Vietnam; we'd love to take the family down to New Zealand and spend some time in South Africa. We're still trying to figure out what age you can get away with taking the kids away from their friends and not have them hate you for it.

"From now on I'm going to spend all my efforts on the people I'm closest to. When you're younger you are so self-involved, self-obsessed. As you get older, all of a sudden, you begin to appreciate relationships, be understanding about the foibles of life, more forgiving - and you've got more time for the kids. It makes for a much happier marriage and family environment."

The 66-year-old star also has 31-year-old son Cameron - who is currently serving a five-year jail sentence for dealing drugs - with ex-wife Diandra Luker and the actor admits his experiences of parenthood at two stages in his life has taught him a lot.

He explained to The Guardian newspaper: "During my first marriage, my career was the most important thing in my life. I clearly know I made mistakes. There were absences.

"My eldest son, Cameron, is in the middle of a very, very difficult and tragic time. Cameron has made a couple of big mistakes in his life. He's paid the price. On the other side of it, he's sober. The kids really miss him, and he misses them. I've taken them to visit.

"Now that my own priorities are entirely different, I'm always encouraging people to wait to have a family - get yourself sorted career-wise first as much as you can."